The Horn Concerto by Amadeus Ignoramus 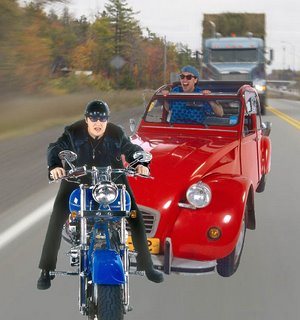 Doing business in the Washington DC area exposes some of the worst traffic in the world. But what makes it so bad is not the large number of cars sharing a limited amount of highway. Rather, it is the “Type A” mentality of most drivers.

This was manifest this past week when it was broadcast that the driver of a Prius got into a physical altercation with a motorcyclist. According to the news report, the driver attacked the cyclist with a hammer and the cyclist broke the windshield wiper off the Prius and used it to counterattack.

I notice, when driving in the Capitol region, drivers are quick to lay on their horns if you commit such an egregious act as slowing down to make a turn at an intersection or merging into traffic. After all, allowing someone to merge might make the driver arrive at work eleven seconds later than anticipated.

At one intersection, I realized I was in a left-turn-only lane and started to merge to the right. Spotting an oncoming driver about 30 yards behind, I paused to let that driver go. Well, this waifish blonde scrunched up her face and began to serenade me with a 45-second version of the Horn Concerto by Amadeus Ignoramus. After she passed, I made the lane change and it turned out our vehicles were side-by-side. This type of thing happens several times during an hour of driving.

I guess the worst thing about such “Type A” driving is that the levels of stress that people put themselves under are potentially deadly. I had the misfortune of witnessing one irate driver suddenly slump over behind the wheel as his minivan hopped the curb and came to rest against a pole. This poor guy got so hyped up over trying to get to his destination that he wound up arriving at his eternal destination.

Driving past, I looked into the van and it seemed the guy was in his 40’s or maybe early 50’s. I thought that there might be some poor woman pacing her living room wondering, “Where is he?” She would receive a phone call bearing sad news. And possibly some children would cry themselves to sleep that night, learning that daddy would never be coming home.

The next time you start to get wound up over a slow driver or less-than-optimal traffic conditions, just stop and ask yourself if playing a chorus of the horn concerto by Amadeus Ignoramus would be worth an organist playing “Pray for the Dead” as you are being carried off to your final resting place. 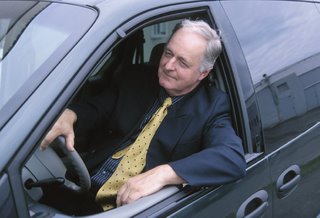 To steal a phrase from comedian Bernie Mac: Chillax!