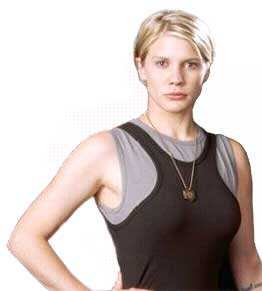 After Katee Sackhoff flies her final sortie on the hit Sci-Fi series “Battlestar Galactica,” she won’ be heading for the unemployment line. The actress who portrays Kara “Starbuck” Thrace will end Season Four of Galactica to begin the first season of another science fiction series.

NBC announced that it reached an agreement with Katee to continue playing Sarah Corvus, the bionic arch-enemy of Jamie Sommers (Michelle Ryan -- formerly from the BBC series, Eastenders) on the new version of Bionic Woman. Universal Media Studios hired Sackhoff earlier this year to play bad Sarah in the pilot episode. It had been rumored that contract negotiations to keep her with the show in recurring mode had broken down. Those rumors heated up after she failed to appear with the cast during the Television Critics Association's press tour.

The terms of her contract with Universal are undisclosed, but who cares? The best thing is that the sexiest Viper pilot in the colonial fleet will stay on television after the Galactica crew retires.

Bionic Woman will premiere on NBC Wednesday, September 26 in the 9-10pm time slot. To see more about the series, visit http://www.bionicwebsite.com/ 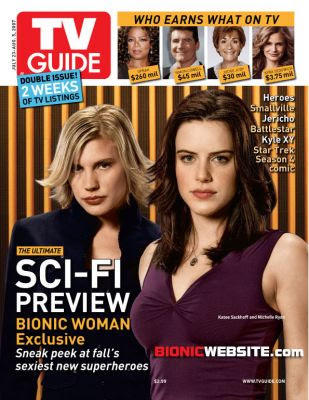