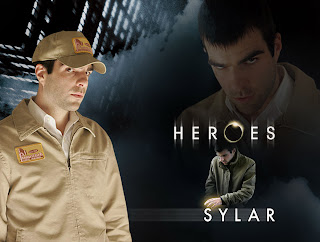 The Hollywood Reporter revealed that the actor slated to portray Captain Kirk’s Vulcan friend is none other than the guy who opens heads and removes brains on the NBC /slash/ Sci-Fi Channel hit series, Heroes.

Jeremy Quinto, the Hero that everyone loves to hate, had been campaigning hard for the role, according to Star Trek News. Looks as if his efforts have paid off.

Some may wonder if Sylar can be Spock... but keep in mind that Jeremy has an impressive acting résumé. Quinto previously had a steady gig beside Kiefer Sutherland on Day Three of the Fox series 24. He also appeared on many TV shows, including CSI and Crossing Jordan.

Still no word on who will play the younger version of James Tiberius Kirk.

My vote would go for Matt Damon.