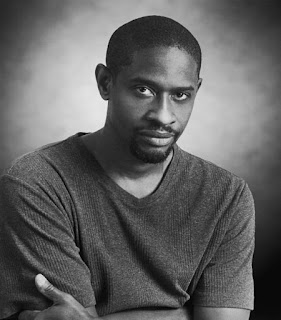 One of the things I noticed about the new ABC sitcom “Samantha Who?” (formerly known as Sam I Am) is that the only African-American character is the doorman.

Granted, the doorman can be one of the most beloved characters -- take “Carleton the Doorman” on that Mary Tyler Moore spinoff from many moons ago.

Also, there was the Seinfeld Episode (Season 6, Episode 17) where Larry Miller portrayed the Hitchcockian doorman who tormented Jerry. Well, maybe doormen aren’t so bad after all.

And Tim does add a soupçon of sardonic deadpan delivery to the sage wisdom that his character dispenses to Christina Applegate’s Samantha. So, maybe being the doorman isn’t such a bad thing.

I also have to note the Star Trek connection. Tim portrayed Vulcan Tuvok on Star Trek Voyager. You Die Hard (pun intended) Trekkies may also notice that the pilot was directed by a veteran of two Star Trek series.

Check out Tim’s great web site. You can see his latest acting roles and even listen to some of his kewl music.

He is one of my favorite actors. And yes, the fact that he is the only African-American on the show did not go unnoticed by me either. But as you said, the sage wisdom he dispenses to Samantha--whose chaotic world is full of quirky characters with neurotic tendencies of their own--is pivotal to the show. So I'm glad it's the black man who has the most common sense in this show!