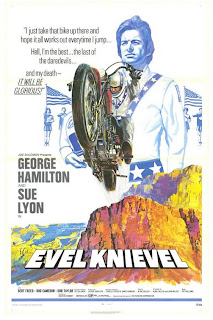 Variety announced the demise of America’s number one stuntman.

When I was a kid, I heard about other kids who were breaking bones riding their bicycles off of the roof of the house... or some such other insanity. Supposedly, they were emulating their hero, Robert “Evel” Knievel.

Something about burning the candle at both ends, I reckon.