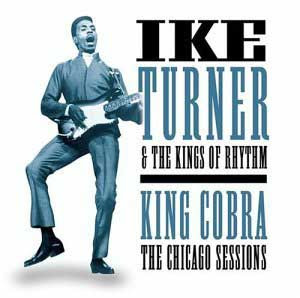 Most people remember Ike as the sadistic musician (portrayed by classic thespian Lawrence Fishburne) who beat Tina Turner worse than Joan Crawford beat her kids in “Mommie Dearest.” Then again, maybe wire coat hangers do hurt worse than a shoe?

But... there was more to Ike than giving a beat-down.

As one of the pioneers of the all-American genre called Rock and Roll and the more grassroots Rhythm and Blues, Ike composed some beats that your feet can not resist moving to.

Starting with the classic song Rocket 88, Ike composed a string of classic hits that he performed with a number of bands... most famously, Ike and Tina Turner with the Ikettes. Even after Tina finally left him and the movie cemented his reputation as a bad guy, Ike kept the music coming, both as a session musician and as a performer in his own right.

I hope that Ike made his peace before leaving this planet.