Insane in the Membrane? 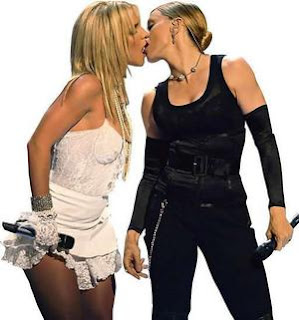 Of all the news this past week about Britney Spears, The Gawker reports that Brit has taken to speaking with a Brit-ish accent.

We know that Madonna has taken to speaking in a British tongue. Maybe she passed something on when she kissed Britney?

But she happened to be in the Cedars-Mt. Sinai hospital ward for the Cuckoo for Cocoa Puffs so maybe there is some medical reason to talk like an EastEnder, innit?

And speaking of our friends across the pond, they have reported that K-Fed is afraid that Britney may use a gun that he gave her as a gift to kill their two sons.

Hmm... and I thought diamonds were a girl’s best friend?