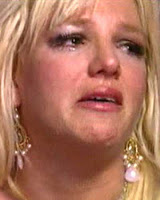 According to the AFP, Britney Spears has been barred from access to her two children.

After a dispute over custody, Britney was rushed to a hospital, reportedly under the influence of some substance.

According to the Telegraph, her youngest son was also rushed to the hospital, but in a separate ambulance.