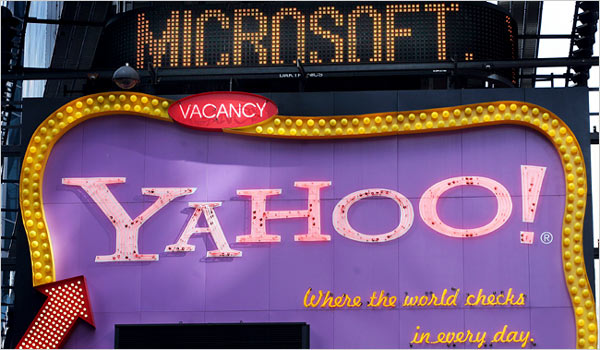 At $31 a share in cash and stock -- equaling a whopping $44.6 BILLION, Microsoft (MSFT)is seeking to acquire Yahoo! (YHOO) in an attempt at creating a force strong enough to unseat Google (GOOG) from its #1 position.

For Microsoft, the deal promises to provide an overall savings of roughly 1-Billion. However, as redundant jobs are consolidated, there could be a resulting flood of unemployment claims as former Yahoo! employees are potentially dumped. That is never good... but is often the result of such corporate mergers.

One pundit at Information Week predicts that this merger could be the proverbial stone that brings Goliath’s fall. To quote:

It reminds me of when Borland bought Ashton Tate. That was the end of Borland. It is like a snake eating an elephant until they both die. There is no way Microsoft can digest Yahoo and survive.

Whether or not this merger even happens is up in the air... but the bottom line is that it might be good for the companies involved but potentially a bad thing overall. But, we will reserve judgment and just wait and see...