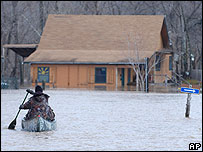 Remember that song “River Stay Away From My Door” by Frank Sinatra? Click here to listen to a clip.

Well, the folks in Missouri can probably relate. They have been experiencing floods like crazy.

According to The Chicago Tribune, five people have died... and there has been extensive property damage.

The death toll nationwide from these freak floods is at least 13, according to the BBC.

Dozens of people have been evacuated from their homes and are sleeping on the floor of a stadium. 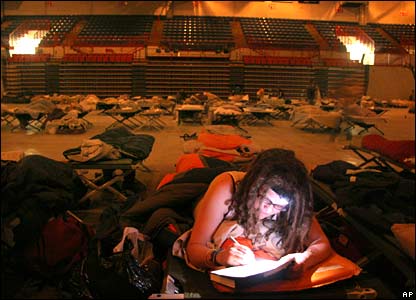 Déjà vu all over again?

With roads closed and even houses being washed downstream, it looks to be another heartbreaking disaster.

Estimates are that FEMA will show up some time before 2011. 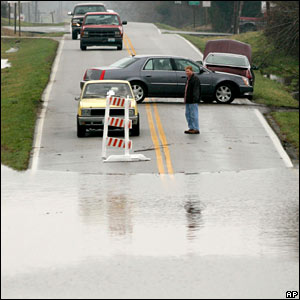