Déjà Vu All Over Again?

Many of you might remember that Tom Cruise movie about the Vietnam Veteran who winds up a bitter cripple after being wounded in combat?

Well, actually, just about any Vietnam related film will either show you veterans who were mentally and/or physically affected by combat in Southeast Asia.. or, the events that caused their tragic circumstances. 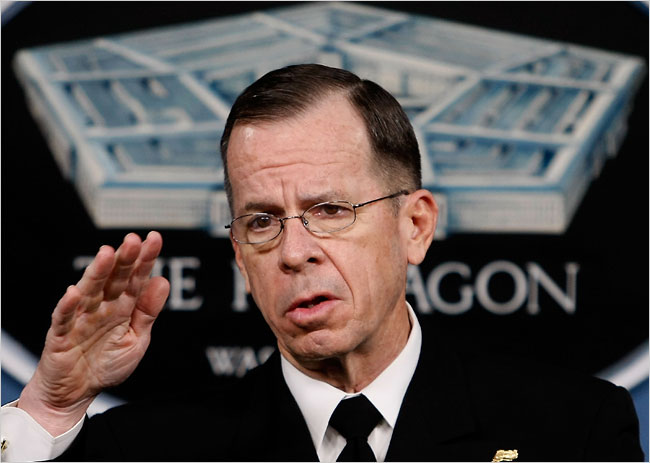 Anyway, according to The New York Times, we will probably see more mental health problems among veterans of the Iraq conflict.

Many top military leaders, including Admiral Mike Mullen, chairman of the Joint Chiefs (pictured), warn that we could be wearing down our troops and, as a result, this country’s overall readiness to defend ourselves against hostile actions (like 9/11) or even forces of nature (like Katrina). Well, okay... the Joint Chiefs didn’t mention Katrina...

But, wait... we not only have injured men coming back from Iraq but, for the first time in history, women with injuries.

I remember seeing a woman on the documentary produced by James Gandolfini’s company. She had one arm blown off and was in tears over the fact that she can’t pick up her infant.

That woman, and other brave warriors, will have years of therapy to recover from their wounds... physical, emotional, mental and spiritual.

What will happen to the over one-half-million men and women who have served over there?

Hopefully, we will have learned some lessons and will be better equipped to serve our brave troops than we were in the 1960’s.