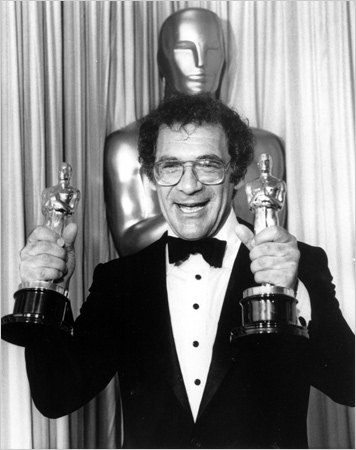 The acclaimed Hollywood polymath Sydney Pollack has exited the planet at the age of 73.

Pollack he left a large body of films, as producer, director, and sometimes actor.

A current film that was touched by Pollack’s immense talents is the currently released “Made of Honor.”

Additional details are available in The New York Times.

This great talent will be missed.

Email ThisBlogThis!Share to TwitterShare to FacebookShare to Pinterest
Labels: Made of Honor, Rest in Peace, Sydney Pollack