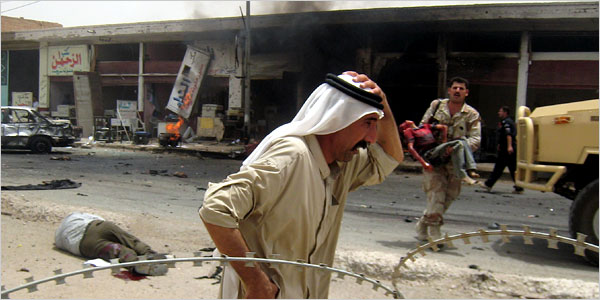 It is great to see women advancing in all sectors of society. From my favorite former Hewlett-Packard CEO (Carly Fiorina) to Presidential candidate Hillary Clinton. What is disturbing, however, is that women are becoming the newest suicide bombers wreaking havoc in the middle-east.

According to The New York Times, 15 dead and over 40 wounded in Iraq were victims of a woman who hid powerful explosives under her flowing robes. The customs of that part of the world prevent women from being searched as extensively as men -- given the dearth of female police to conduct searches.