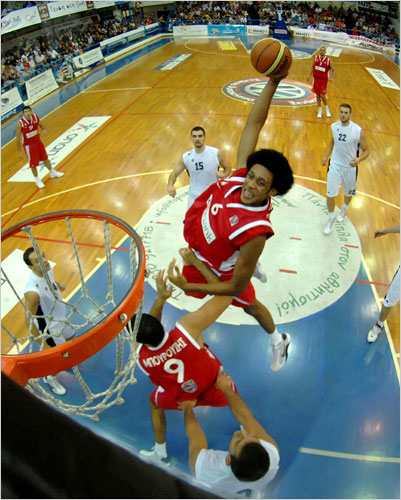 Sorry, but that was the first Greek phrase I ever learned... from a guy named Mr. Layton. Years later, I got to live in Greece and to this day have a great appreciation for the land, the language, the food, and especially the people of Greece.

Well, apparently, Greece has become an irresistible locale for basketball players. I was reading in today’s New York Times about NBA stars who are being recruited to perform for European teams for bigger paydays and larger roles.

I was particularly jealous of Atlanta Hawks forward Josh Childress who received a great house in Greece and a multi-million dollar pay day. Who wouldn’t love that?