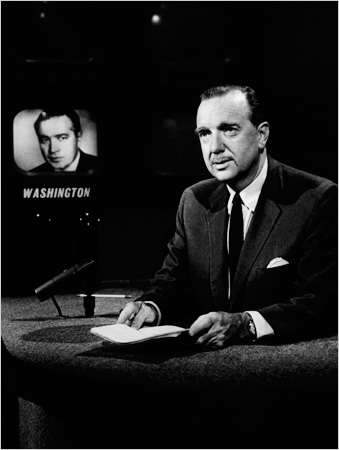 Over the course of two decades... Walter Cronkite was the man American most trusted.

More than their religious leaders...

More than their familial patriarchs...

Even more than the President of the United States.

Until he was usurped by Dallas journalist Dan Rather... more Americans trusted Walter Cronkite than just about anybody.

Uncle Walter exited the planet after 92 years. A good run.

Making the change from print to broadcast journalism, Cronkite was no talking head.

He brought a gravitas to the business that every anchor following had to try to emulate.

The video below is perhaps Mr. Cronkite’s finest moment.

More news on this pioneer of broadcast journalism at The New York Times and The Los Angeles Times.