The Traffic Capitol of the World 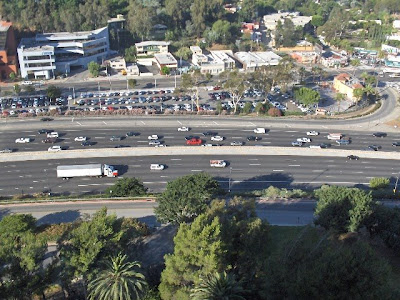 Just a peek at morning traffic outside of Universal this morning.

Rush hour yesterday afternoon was much more difficult... and lots of police out and about. At first, I figured it was just typical L.A. traffic.

I learned later that Roots, Reading Rainbow, and Star Trek star LeVar Burton was in a five-car wreck. Fortunately, LeVar/Geordi/Kunta Kinte was not seriously injured.

For some reason, I never seem to mind the California traffic... especially when the sun is shining and In-N-Out burger is at the next exit.

More on LeVar at the Associated Press.