CBS Puts a Hit Out on Seven 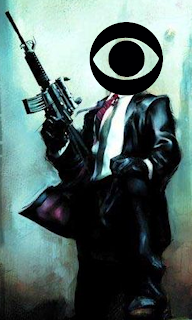 Fellow Capricorn Julia Louis-Dreyfus appeared on the Tonight Show with Jay Leno and leaked that her show (that co-stars the elsewhere cancelled Wanda Sykes) may be moving to ABC. Too bad the terrific NUMB3RS (starring our brudda Alimi Ballard) is not moving elsewhere.

Sad day for fans of those shows...