Well, the forces that seek to discredit President Obama have come up with a new one. Right from the storyline of the Angelina Jolie motion picture SALT comes the story of Terrorist Babies... babies birthed in the United States for the purpose of growing up and committing terrorist acts against our great country.

We read about Texas Congressman Louie Gohmert (who, according to The New York Post, has compared President Obama to Adolph Hitler) and his urgent warning against this fantastic plot.

Check out Golmert’s speech in the video widget below:

Exactly how real is the threat of a terrorist giving birth to a baby who grows up and, some 20 or so years later, uses its 14th Amendment citizenship to... I dunno... maybe run for office and destroy America? 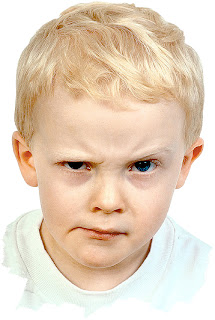 An article in The Washington Monthly discusses Gohmert’s assertions about "how stupid we are being."

Presumably, Gohmert is using “the royal we” as they say.

Fellow Texas Representative Debbie Riddle is a fellow believer in this conspiracy theory and argued the point on national television with CNN’s Anderson Cooper.

And, in case you are wondering... she did not say, “Riddle me this, Cooper Man! Bwah hah ha haaaah!” Might have been a soupçon more entertaining if she had.  But, no worries, it was pretty entertaining just the way it stood.  Or flopped.

But don’t take my word for it... check out the CNN broadcast in the video widget below:

Read more about this story at The Star Telegram.