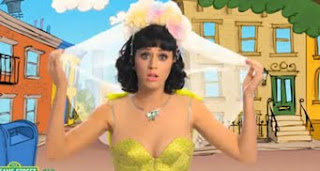 I don’t recall anything like this when I was a young child watching Sesame Street in the United States...

Or, for that matter... when I watched it as a teenager in Germany.

Katy Perry was hoping to frolic with Elmo on Sesame Street... doing a parody of one of her popular music videos.

Unfortunately, Katy’s seemingly innocent performance was yanked from the show after parents complained that her attire was... erm... too revealing.

Check out what would have been her Sesame Street premiere in the video widget below: