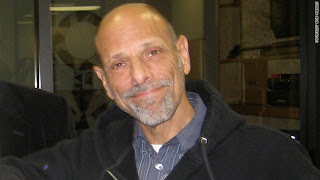 One of the funniest comedians out there has dodged death in the past, only to be taken from us via a freak accident.

The CNN Marquee Blog reported on the death of the 60-year-old Schimmel last week following a traffic accident in which his young son and daughter (who was driving) were injured but at press time still alive.

I recall laughing harder than I ever had at Schimmel’s first comedic broadcast.  I enjoyed not only his other programs but also the humorous writings of one of his daughters.

May he rest in peace.