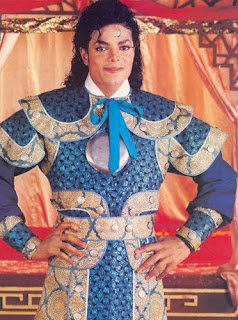 The Chinese Red Army... a group known for... erm, well... I dunno. But the last thing I would have expected was them doing a spot-on version of Michael Jackson’s hit song Beat It.

Even down to an emulation of Eddie Van Halen’s screaming guitar solo... done on a Chinese musical instrument. Wow... what a great rendition.

What, you think this is an April Fool’s joke?