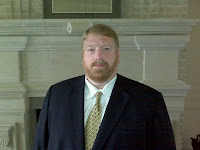 One of my fondest memories of a recent job was watching Cash Cab with a former office mate during lulls in the work day. And one of our favorite commercials that aired during that cable standard was the Patrick Cox TaxMasters commercials.

I was so amused by Cox’s Mount Rushmore-esque delivery that I included a line in homage to Mr. Cox in one of my comedy screenplays. No, not the one that was recently honored in the 2010 Beverly Hills Film Festival, but another script that is on the verge of getting the green light with an indie studio.

Given the aforementioned expository, one might imagine my absolute glee (pun intended) in the following parody on the Jane Lynch hosted episode of Saturday Night Live. In case it is past your bedtime, or if you are one of those people who actually have a life and are out doing something fun on Saturday nights, the bit is in the video widget below: