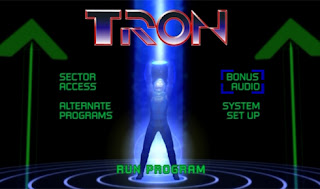 I was just barely out of my teens, living in Europe when I saw the original TRON. A computer nerd (we had a Hewlett Packard mainframe computer in our high school), I got it. My buddy who sat beside me in the theatre did not. From the comments I heard... the other people in the theatre were also confused.

But like Star Trek, cancelled because it was considered “too cerebral” -- Tron was declared a flop. It was even rejected for a special effects Academy Award because the Oscar® committee felt that using computer effects was cheating.

Also like Star Trek, Tron lived on in the imagination of those who saw its entertainment value. And, incidentally, there are very few motion pictures that do not utilize computer special effects. Sigh...

Well... the nerds not only rule, they get their revenge in a whacky and sassy music video that has garnered millions of views. Check it out at YouTube.