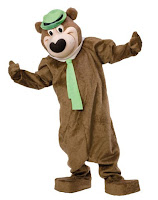 There is a lot of creativity out there. You have individual creative artists, like 25-year old Edmund Earle, a graduate of the Rhode Island School of Design, who can take inspiration from another motion picture (in this instance, “The Assassination of Jesse James By the Coward Robert Ford,” and create a parody that some might argue has greater depth than the big budget feature film that is out there on the big screen today.

Regardless, we thought you might enjoy taking a peek at this video, a parody of the current number two box office hit (second to the revival of Disney’s cult favorite, Tron. And be warned... this is not for young kids or those who are faint of heart. But, it is a parody... and a very well done one at that.