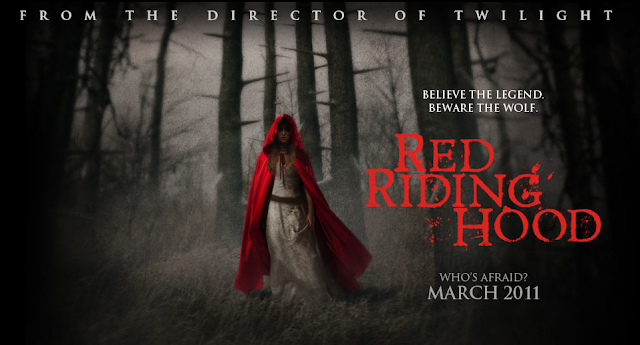 With the popularity of vampires and other mythological figures in today’s motion pictures and television... it only seemed obvious that fairy tales from the Brothers Grimm and others should get a reworking by Hollywood.  And while the pundits have fun finding threads to pull... it is important to stop and realize that this is not really a re-imagining of classic fairy tales.

The truth is that the original fairy tales were not cutesy children’s stories.  While Walt Disney gave them that presentation (and his polar opposite Max Fleischer took them into a more esoteric direction), these stories were definitely not for children.  But what does Leonardo DiCaprio’s reworking of Red Riding Hood bring to the table?

First, it gives us a fantasy picture that replaces Kristen Stewart’s dour countenance with the doe eyed beauty from Pennsylvania (the best thing about Allentown since Dorney Park), the industry’s top inegnué Amanda Seyfried.  Hmm... did we cram enough compliments and superlatives into that sentence?

Check out this trailer from the film and let us know your opinion.  And, if you are a fan of Amanda Seyfried... check these out: