Radiation from Japan in California

Hmm... with the threat of radiation traveling from Japan towards us... I was wondering how the folks on the Hawaii Five-O set were doing... along with the staff of the Hilton Resort on the island where the show does a lot of its scenes.  But while Hawaii and Guam were not reported in the news... California was. 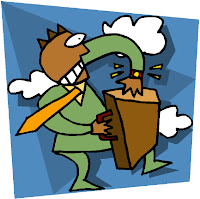 Granted... this radiation is expected to come by way of air travelers traveling from Japan. Check out this video from NBC which describes yet another test that TSA will inflict upon travelers... those arriving from Japan.


Visit msnbc.com for breaking news, world news, and news about the economy
According to Bloomberg, A “miniscule” amount of radiation that probably came from damaged nuclear reactors in Japan was detected by a California monitoring station. While experts state that the amounts of radiation expected to reach our shores are not exactly deadly or harmful... we reserve the right to maintain a modicum of incredulity towards the forecast.


Duck And Cover - The most amazing home videos are here